Quickly Start With MDX for Kylin

Welcome to this tutorial. In this tutorial, we will build an MDX dataset base on the public dataset KYLIN_SALES, showing how to create and use datasets for analysis in Excel. Chapter Quick Navigation:

What you will know

In this tutorial you will learn about the following:

To complete all the lessons in this tutorial, you will need to prepare the following:

At this point, we have completed the preparation work, and then we should start creating MDX dataset.

Fill in the basic information

This analysis will simply analyze whether there is a relationship between the data about Kylin_Sales.

Drag kylin_sales_cube to the right pane. Click the Next button when done.

To increase readability, we can change the names of dimensions and measures.

For time dimensions, such as the year, month, day, and other dimensions with hierarchical structure, we generally establish a hierarchy for analysis.

If you need to use time intelligence functions such as YTD, QTD, MTD, WTD, there are the following precautions:

Click the Add Hierrachy button to add a hierarchy. Here, due to the needs of the analysis, create a hierarchiy called the calendar with dimensions of year, quarter, month, and date.

Dimensions in the hierarchy need to be selected in order of concept, for example, year, month, week, and then day. 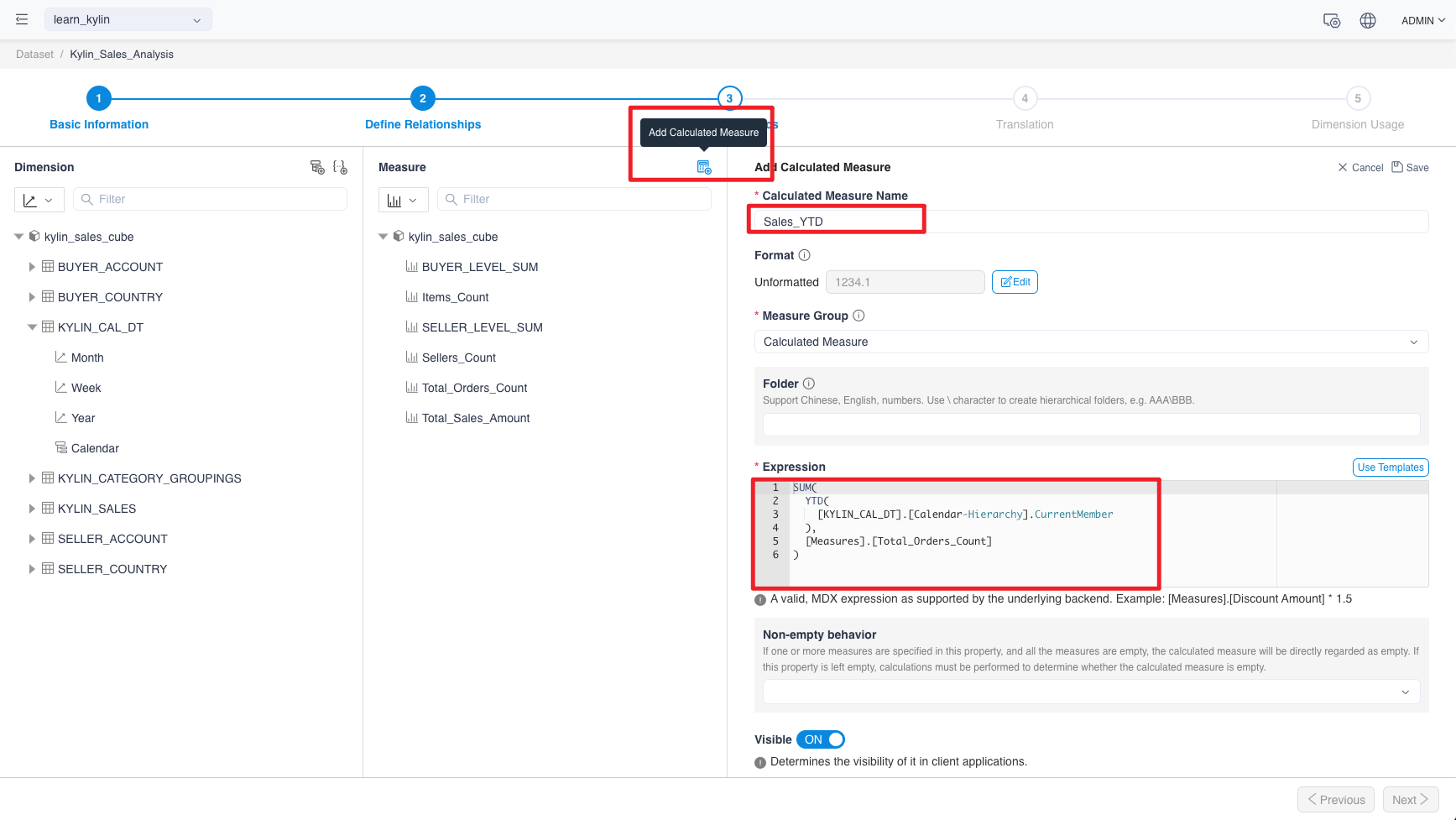 The table below lists common expressions, which you could refer to in your projects.

In MDX for Kylin, you can embed multiple translation of a caption to provide culture-specific strings based on the localed identifier (LCID).

This feature helps international teams to consume the same dataset without the need to repeatedly defining the dataset for localization purposes.

How to set translation

Since Kylin does not support complex many-to-many relationships, so there is no special definition here.

Now that you have completed the main work of creating a data set in this tutorial, click the OK button.

We have completed the definition of the data set, and now we can connect to Excel for analysis.