During the Kylin community discussion at the beginning of this year, we talked about the positioning of multidimensional databases and the idea of building a Kylin-based business semantic layer. After some development efforts, we are delighted to announce the beta release of the MDX for Kylin , an MDX query engine for Apache Kylin to allow Kylin users to use Excel for data analysis.

What you will learn

The primary difference between multidimensional databases and relational databases lies in business semantics. As the must-have skill of data analysts, SQL (Structured Query Language) is extremely expressive, but if we are talking in the context of “every professional will be an analyst”, it is still too complex for non-technical users. For them, data lakes and data warehouses are like dark rooms that hold a huge amount of data; they cannot see, understand, or use the data for lack of the fundamental knowledge of databases and SQL syntax.

How to make data lakes and data warehouses “easy” for a non-technical user to use? One solution is to introduce a more user-friendly “relational data model - multidimensional data model”. If relational models are to provide a technique-oriented description of the data, multidimensional models intend to provide a business-oriented description of the data. In multidimensional databases, measures correspond to the business metrics that everyone is familiar with. Measures provide the analytic perspective to check and compare these business metrics. For example, it is like comparing the KPIs between this month and last month, or the performance of different business departments. By mapping the relational model to a multidimensional model, we add a business semantic layer on top of the technical data, thus helping non-technical users understand, explore, and use data.

In Kylin Roadmap, support to multidimensional query languages (such as MDX and DAX) is an important part, as we aim to enhance the business semantic capability of Kylin as a multi-dimensional database. Users can use MDX to convert the Kylin data model into business-friendly language, so they can perform multidimensional analysis with Excel, Tableau and other BI tools and understand the business values from their data.

MDX (Multi Dimensional eXpression) is a query language for OLAP Cube. It was first introduced by Microsoft in 1997 as part of the OLEDB for OLAP specification and later integrated into SSAS. Since then, it has been widely adopted by OLAP databases.

MDX is similar to SQL in many ways and also offers some SQL features though maybe not as intuitive or effective as SQL. For example, you can include SELECT, FROM, or WHERE clause in your MDX queries. But it is not an extension of SQL. You can use these keywords to dig into specific parts of the Cube.

MDX query syntax are as follows:

Please learn some basic MDX concepts before we continue.

Comparison of MDX and SQL

Another difference is the query result. SQL returns a 2d data subset, while MDX returns the cubes.

What is MDX for Kylin?

MDX for Kylin is an MDX query engine which developed based on Mondrian, contributed by Kyligence, and with Apache Kylin as data source. Like Microsoft SSAS, MDX for Kylin can also integrate many data analysis tools, including Microsoft Excel and Tableau, to provide a better user experience for big data analysis.

How to create business metrics

In Kylin Cube, we will perform certain aggregate calculations (such as Sum/Max/Min/Count/Count Distinct, exclude TopN) on a single column when creating measures, and the measures created are called atomic metrics.

In actual business scenarios, we can run complex calculations based on these atomic metrics to create composite metrics with business implications, and these metrics are called business metrics.

Hierarchy: Hierarchies are collections of dimension-based hierarchies that can empower data analysts with advanced analytical capabilities. For example, you can create a time hierarchy with year, quarter, month, week, and day as its hierarchy. Then data analysts can do a YOY analysis on the sales volume, or dig into the “Quarter > Month > Week > Day” hierarchy for more detailed analysis.

NamedSet: Namedset is for the scenario when you need to reuse a set of members in MDX for Kylin. A NamedSet uses specified expressions to get the set members. It can be placed directly on the axis or used in expressions of Calculated Measure for or other Namedset.

In Kylin 4, we create a data model based on the relationship among tables, and define different dimensions and measures on the Cube. These measures are atomic metrics.

In MDX for Kylin, we join related Kylin Cubes to create datasets and create business metrics based on atomic metrics. 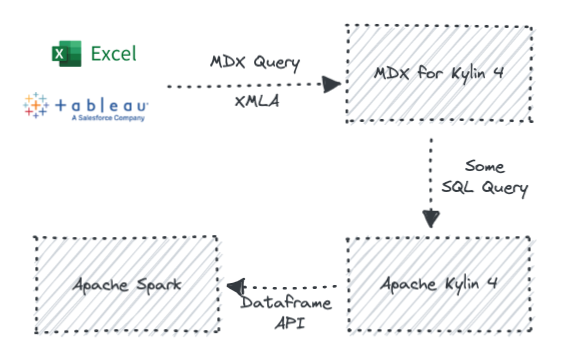 MDX for Kylin supports MDX interface enhancing the semantic capability and creates a unified data analysis and management user experience. Now users can better leverage the value of data. The figure below shows the process of how raw data is processed into business metrics. 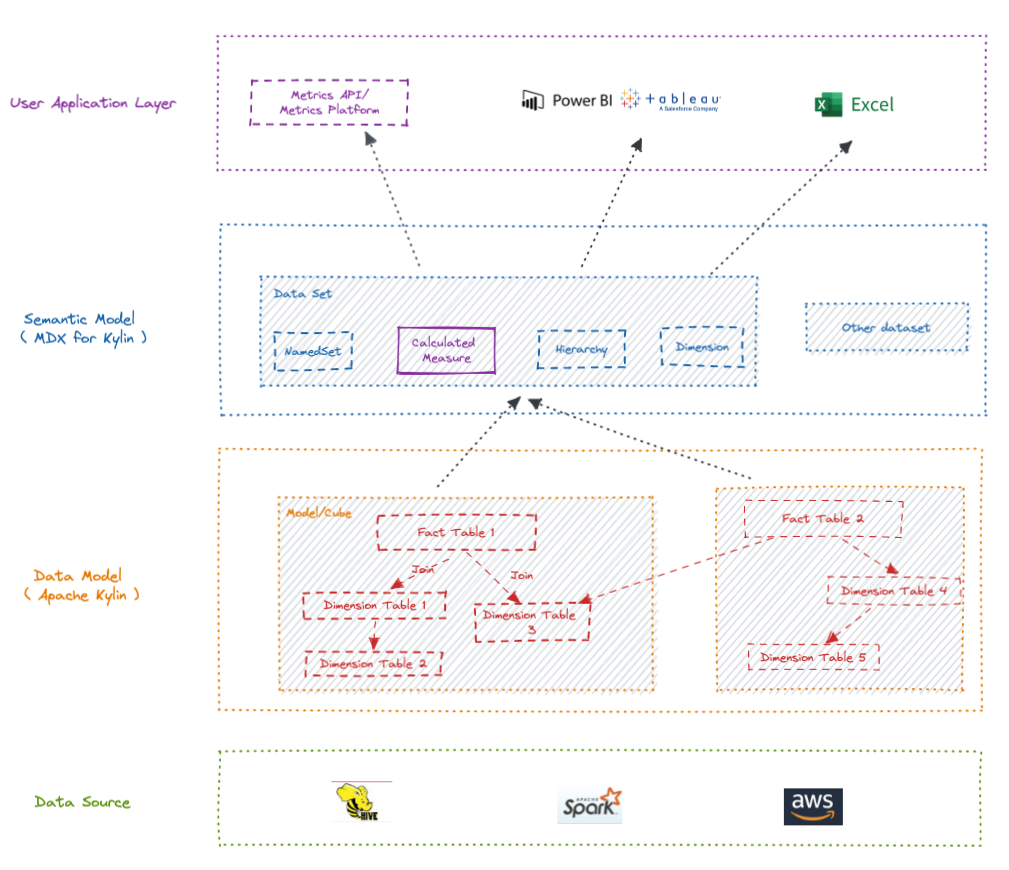 Technical advantages of MDX for Kylin

If compared with other open-source MDX query engines, MDX for Kylin has the following advantages:

Wait for a few minutes, then check if you can visit the web UI of HDFS, YARN, Kylin, and MDX for Kylin.

In this tutorial, we will use Kylin’s built-in sample Cube: kylin_sales_cube 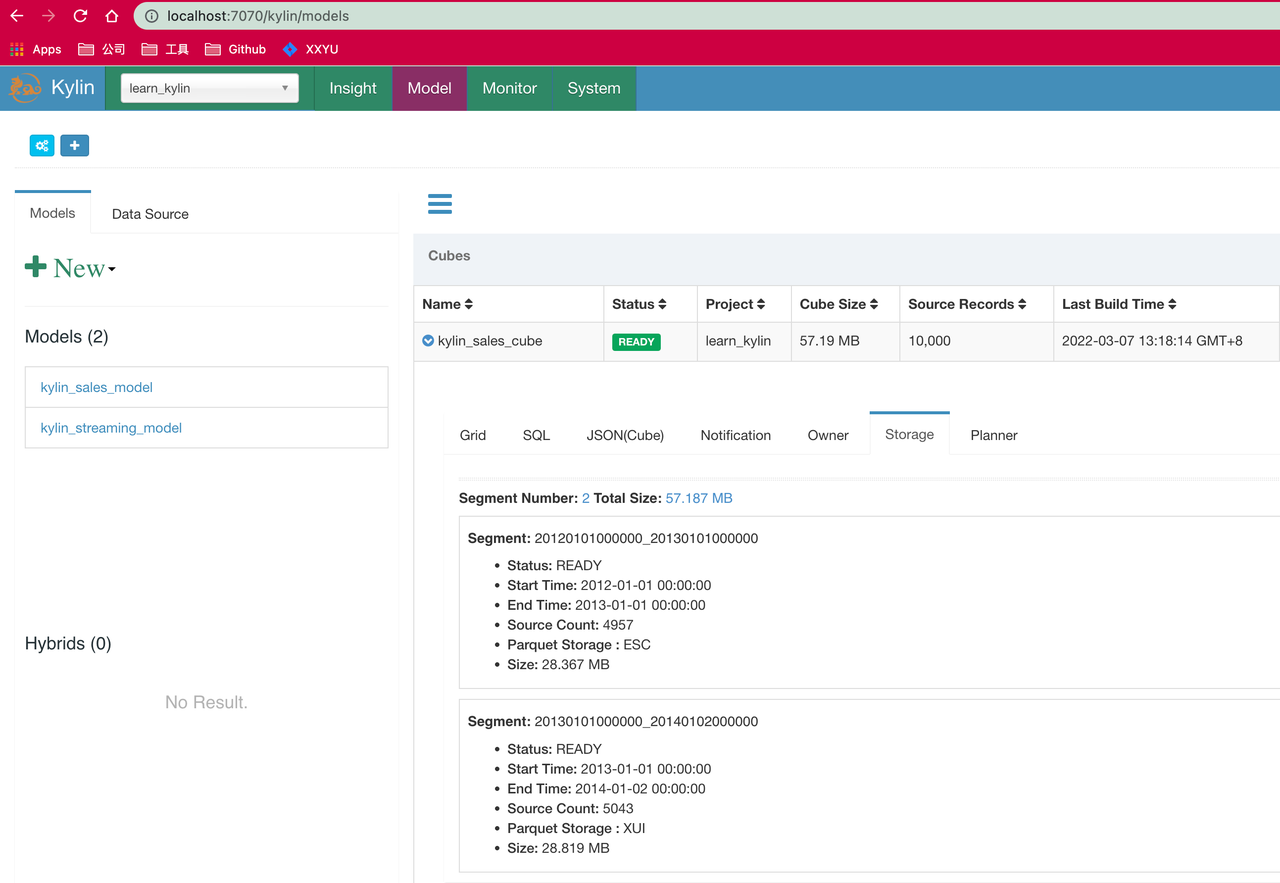 Log in to MDX for Kylin through the web UI: http://localhost:7080. The default account/password is ADMIN/KYLIN, the same as Kylin. 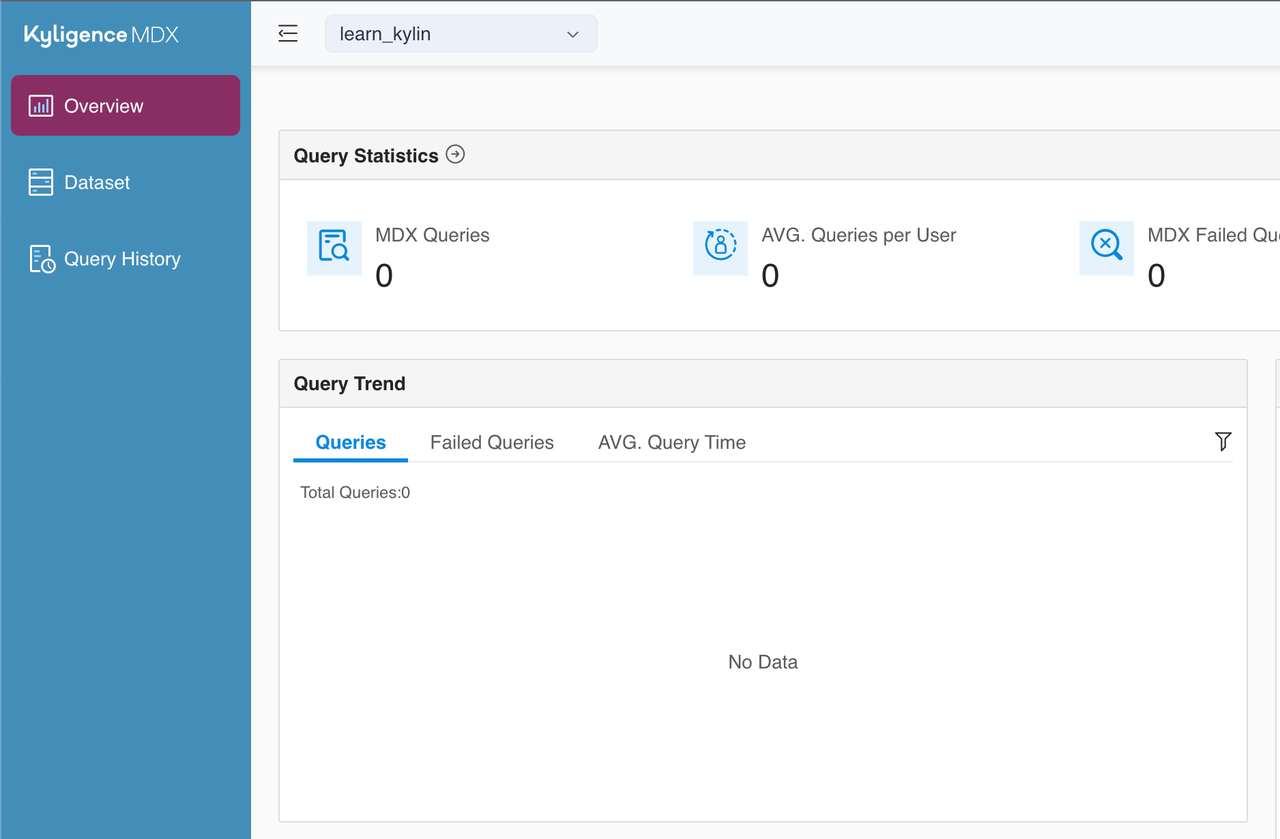 Define the dataset and relations 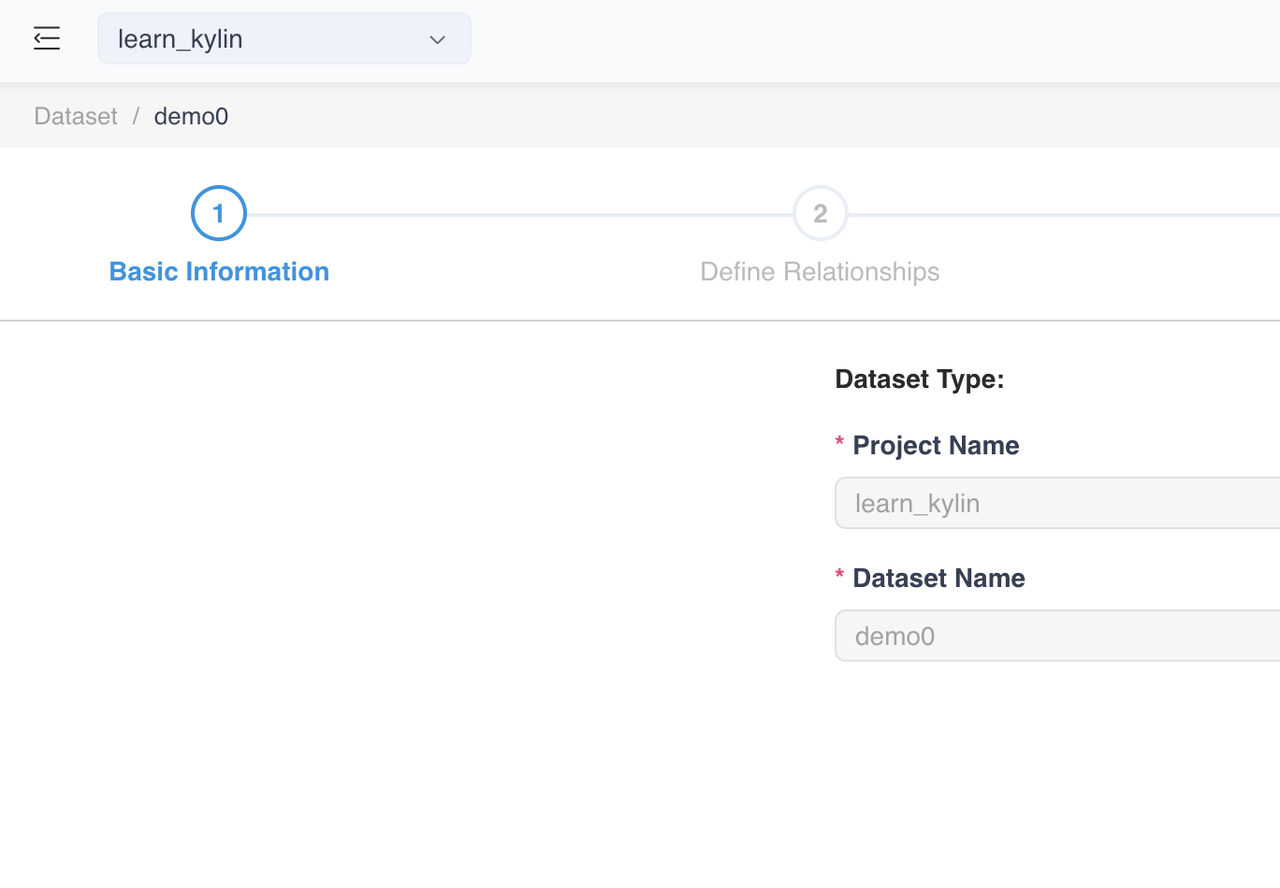 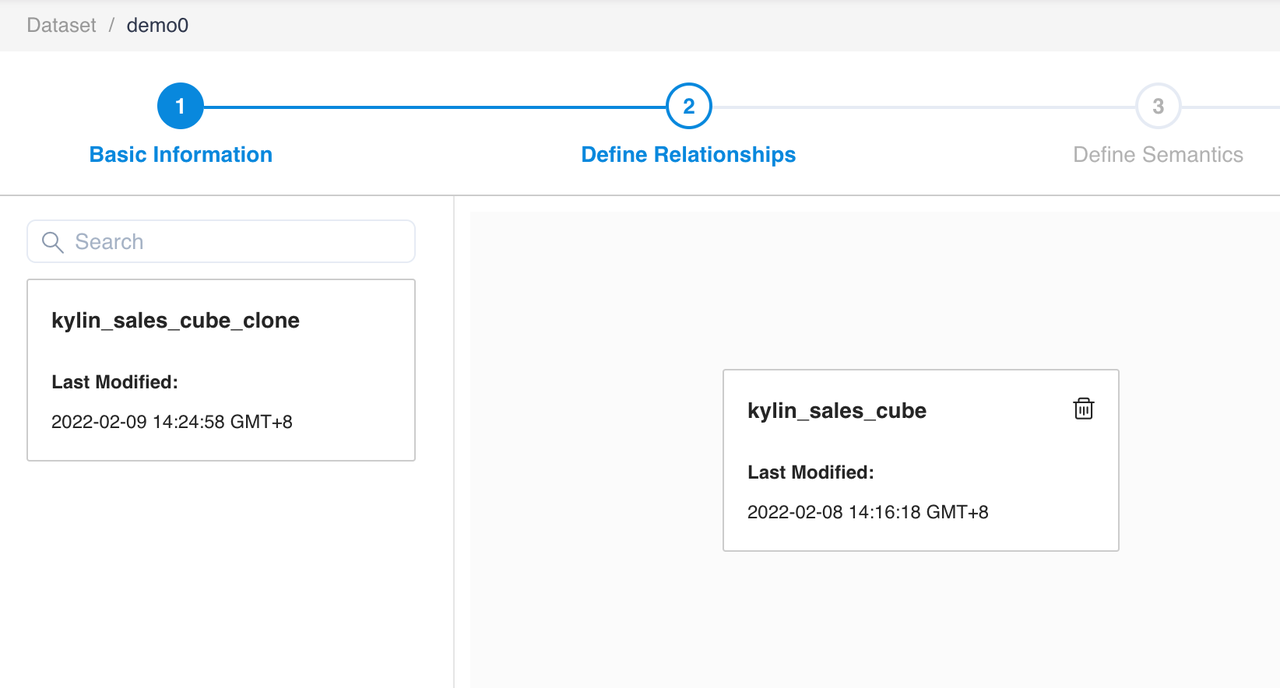 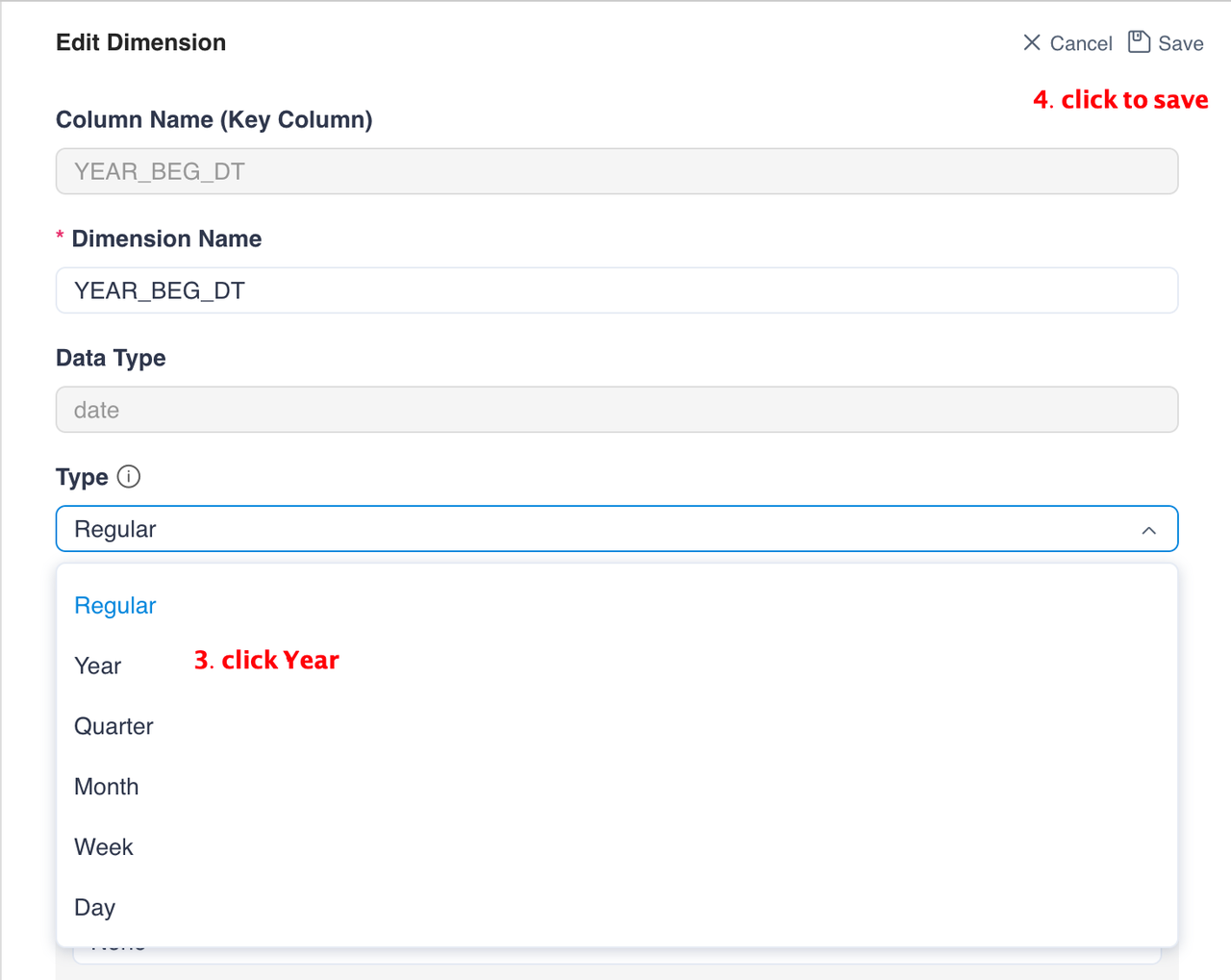 Rename the atomic metric GMV_SUM to some names with business implications. In this tutorial, we named it as Sales volume, and renamed SELLER_CNT_HLL as Retailer numbers. 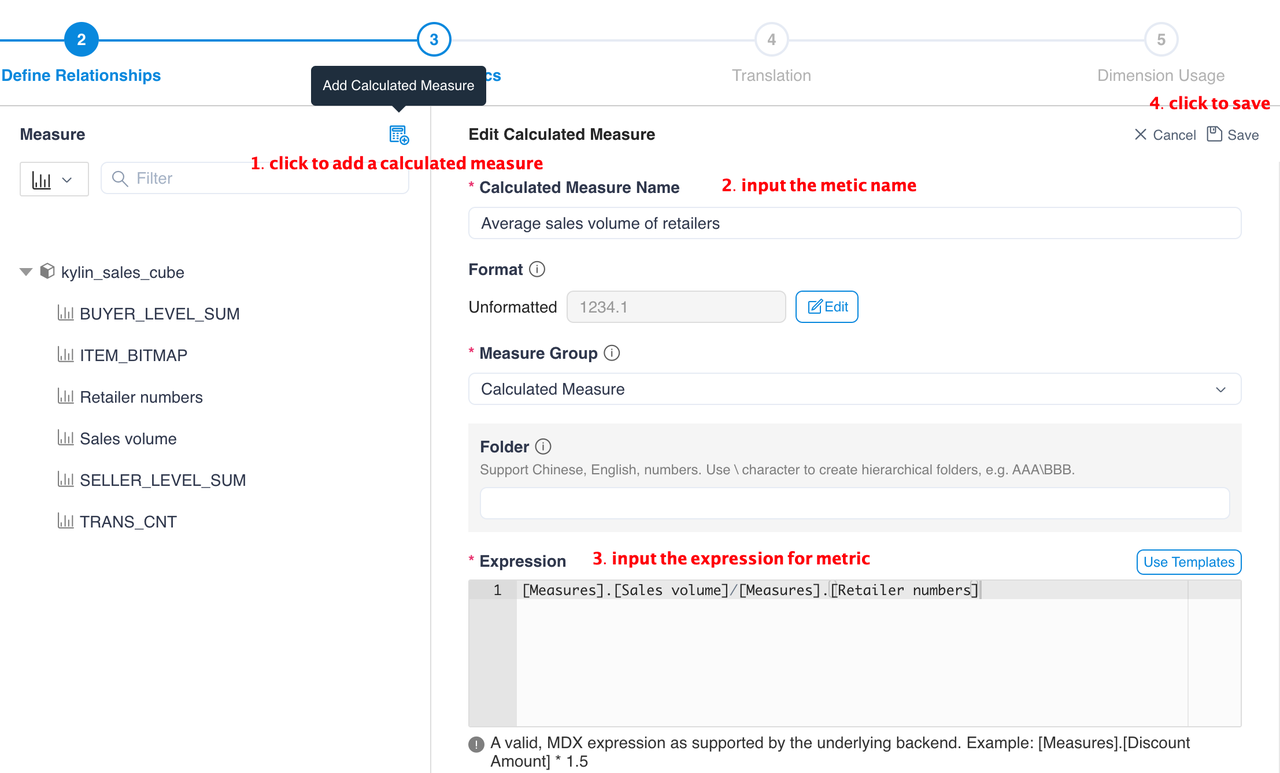 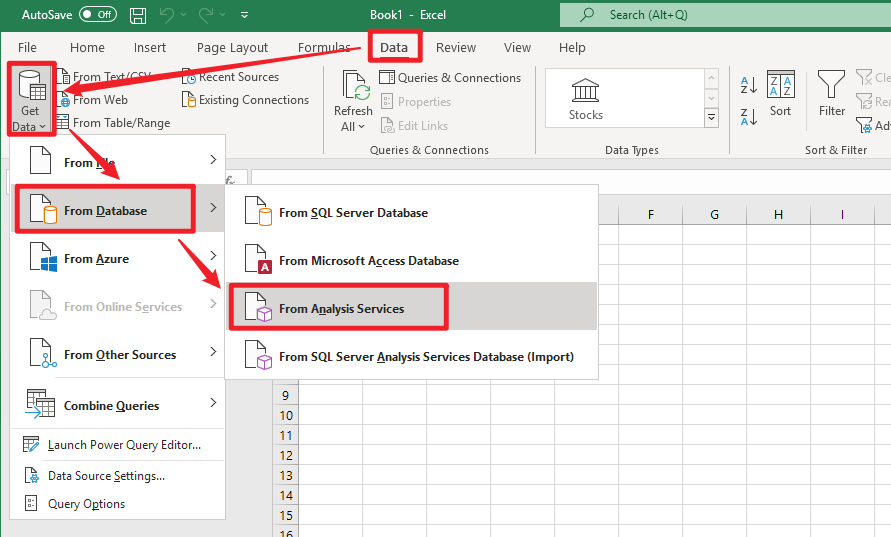 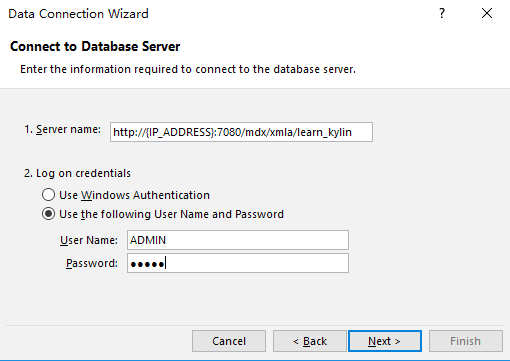 If you do NOT have a windows version Excel, you can also use REST API to test the business metrics just created. Note: please change the variables in the <Statement> </Statement> section based on your setting and update the value of Catalog if needed.

Feel free to leave your suggestion, ask a question or report a bug by referring https://kyligence.github.io/mdx-kylin/en/contact/ .