In the past, query cache are not efficiently used in Kylin due to two aspects: coarse-grained cache expiration strategy and lack of external cache. Because of the aggressive cache expiration strategy, useful caches are often cleaned up unnecessarily. Because query caches are stored in local servers, they cannot be shared between servers. And because of the size limitation of local cache, not all useful query results can be cached.

To deal with these shortcomings, we change the query cache expiration strategy by signature checking and introduce the memcached as Kylin’s distributed cache so that Kylin servers are able to share cache between servers. And it’s easy to add memcached servers to scale out distributed cache.

These features is proposed and developed by eBay Kylin team. Thanks so much for their contribution.

Memcached is a Free and open source, high-performance, distributed memory object caching system. It is an in-memory key-value store for small chunks of arbitrary data (strings, objects) from results of database calls, API calls, or page rendering. It is simple yet powerful. Its simple design promotes quick deployment, ease of development, and solves many problems facing large data caches. Its API is available for most popular languages.

Firstly, multi query server can share query cache. For each kylin server, less jvm memory will be occupied which help to reduce GC pressure. Secondly, since memcached is centralized so duplicated cache entry will avoid in serval Kylin process. Thirdly, memcached has larger size and easy to scale out, this will help to reduce the chance which useful cache entry have to be dropped due to limited memory capacity. 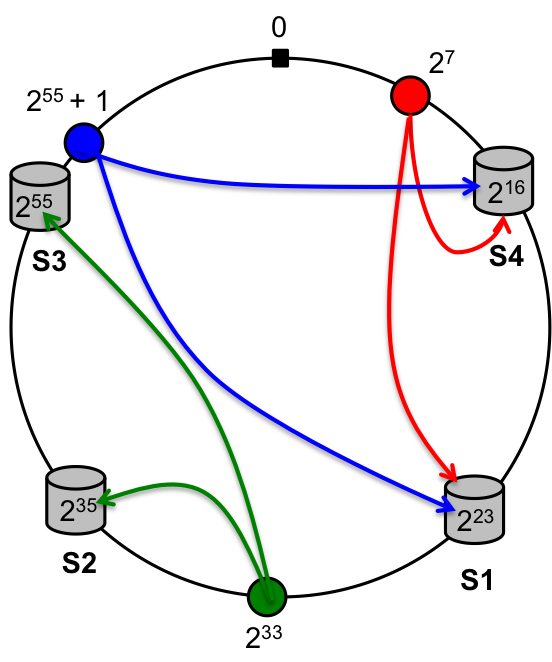 Currently Kylin use sql as the cache key, when sql comes, if result exists in the cache, it will directly returned the cached result and don’t need to query hbase. When there is new segment build or existing segment refresh, all related cache result need to be evicted. For some frequently build cube such as streaming cube(NRT Streaming or Real-time OLAP), the cache miss will increase dramatically, that may decrease the query performance.

Since for Kylin cube, most historical segments are immutable, the same query against historical segments should be always same, don’t need to be evicted for new segment building. So we decide to implement the segment level cache, it is a complement of the existing front-end cache, the idea is similar as the level1/level2 cache in operating system.

Currently, to invalid query cache, CacheService will either invoke cleanDataCache or cleanAllDataCache. Both methods will clear all of the query cache , which is very inefficient and unnecessary. In production environment, there’s around hundreds of cubing jobs per day, which means the query cache will be cleared very several minutes. Then we introduced a signature to upgrade cache invalidation strategy.

The basic idea is as follows:
When put SQLResponse into cache, we add signature for each SQLResponse. To calculate signature for SQLResponse, we choose the cube last build time and its segments to as input of SignatureCalculator.
When fetch SQLResponse for cache, first check whether the signature is consistent. If not, this cached value is overdue and will be invalidate. 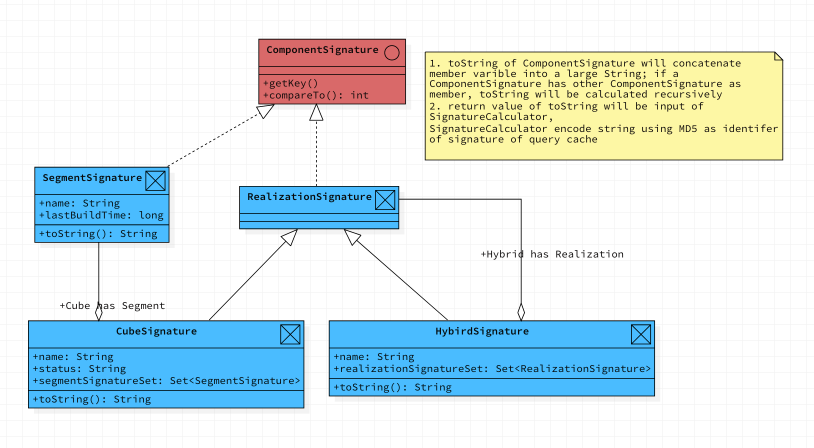 If same query enter Kylin at the same time by different client, for each query they can not find query cache so they must be calculated respectively. And even wrose, if these query are complex, they usually cost a long duration so Kylin have less chance to utilize cache query; and them cost large computation resources that will make query server has poor performance has harm to HBase cluster.

To reduce the impact of duplicated and complex query, it may be a good idea to block query which came later, wait to first one return result as far as possible. This lazy strategy is especially useful if you have duplicated complex query came in same time. To enbale it, you should set kylin.query.lazy-query-enabled to true. Optionlly, you may set kylin.query.lazy-query-waiting-timeout-milliseconds to what you think later duplicated query wait duration to meet your situation.

Formerly, query cache has been divided into two part, one part for storing success query result, another for failed query result, and they are invalidated respectively. It looks like not a good classification criteria because it is not fine-grained enough. After query cache signature was introduced, we have no reason to take them apart, so exception cache was removed.

Part-III How to Use

To get prepared, you need to install memcached, you may refer to https://github.com/memcached/memcached/wiki/Install. Then you should modify kylin.properties and applicationContext.xml.