Since Apache Kylin 2.0, there’s a new measure for percentile precalculation, which aims at (sub-)second latency for approximate percentile analytics SQL queries. The implementation is based on t-digest library under Apachee 2.0 license, which provides a high-effecient data structure to save aggregation counters and algorithm to calculate approximate result of percentile.

In Apache Kylin, we support the similar SQL sytanx like Apache Hive, with a aggregation function called percentile(<Number Column>, <Double>):

If you know little about Cubes, please go to QuickStart first to learn basic knowledge.

Firstly, you need to add this column as measure in data model.

Secondly, create a cube and add a PERCENTILE measure. 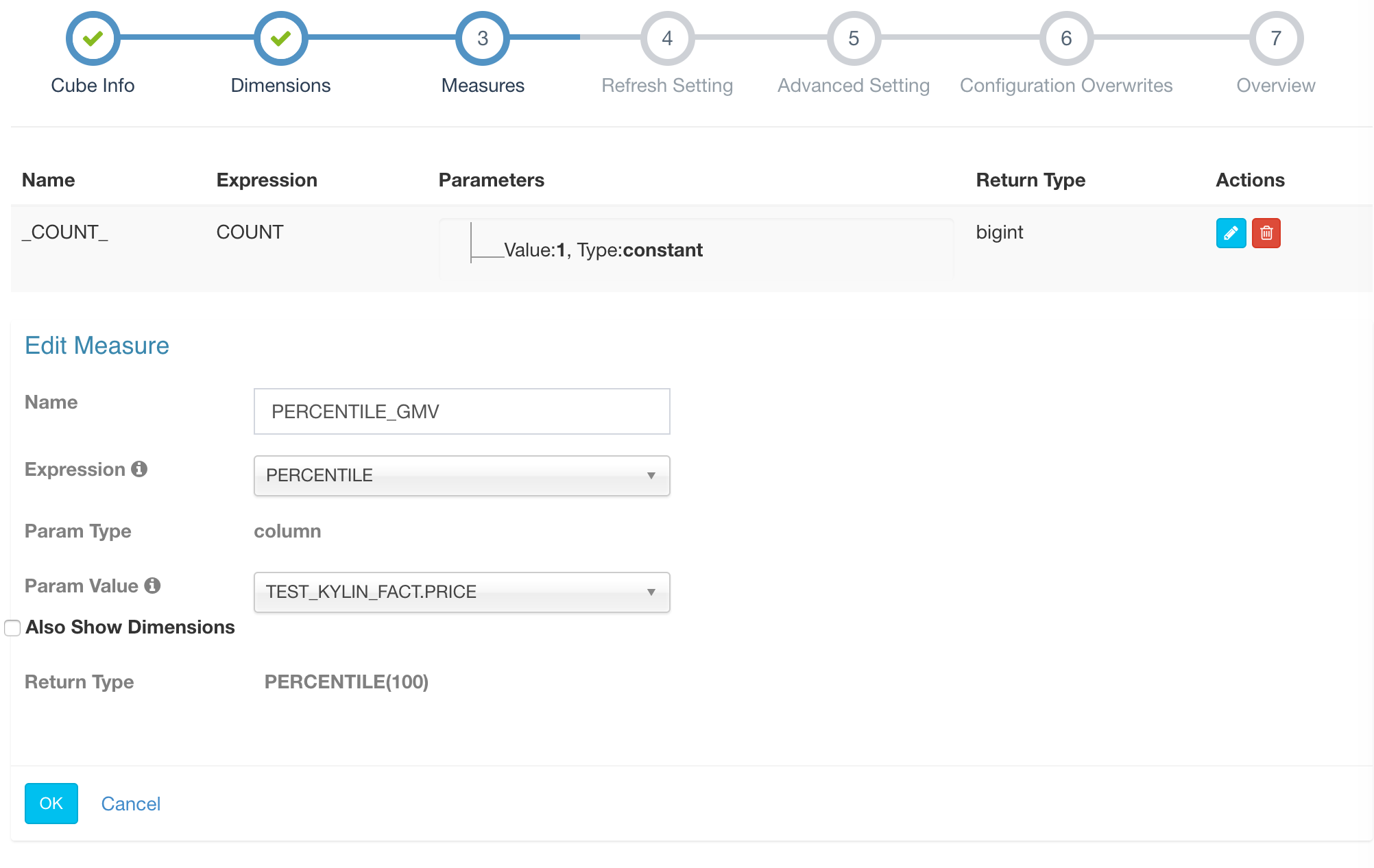 Finally, build the cube and try some query. 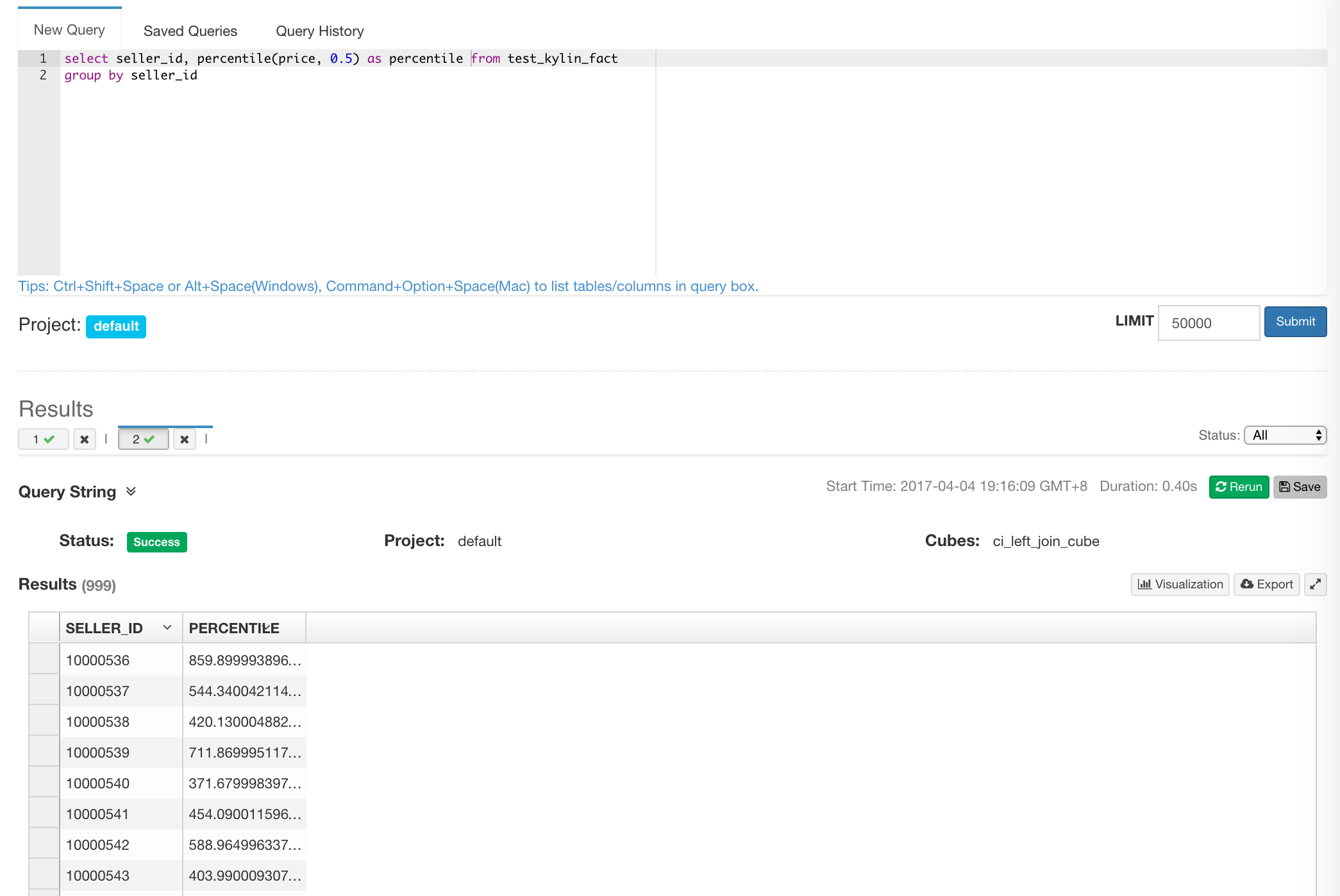